Stakeholders offer comments on draft rules, which will now be open for public comment 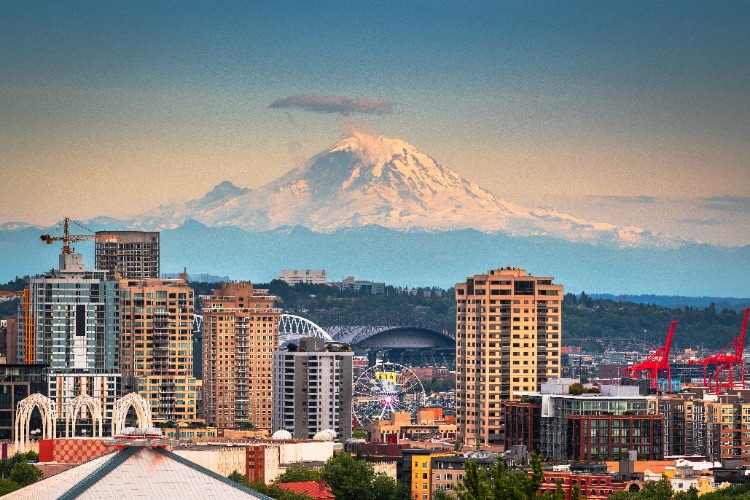 Sports betting stakeholders in Washington State are concerned about everything from accounting methods to how to add events to the state’s bet menu to integrity monitoring. But the proposed rules and comments the Washington State Gambling Commission revealed ahead of its meeting Thursday didn’t point to any crazy concerns.

In fact, the WSGC has already worked in some stakeholder suggestions, and it voted Thursday to move the draft rules into an official public-comment period beginning June 23. The WSGC also agreed to add a special July 28 meeting to review final language for the rules, which would potentially go into effect 31 days later, meaning there could be sports betting in Washington before the end of 2021.

The board on Thursday also approved tribal-state compacts for 15 tribes. Those compacts will now be sent to Gov. Jay Inslee for approval, then to the U.S. Department of the Interior for review, approval, and publication in the Federal Register. That process could take up to 135 days — 45 days for the department to sign off and 90 days for the Federal Register to publish — but Arizona’s compact was approved and published in a about a month. Two other states — Florida and Connecticut — have recently submitted gaming compacts to the Department of the Interior.

“The commission’s vote highlights the strong and collaborative partnership between tribes and the state that has emerged over the last three decades as our limited and carefully regulated system of gaming has taken shape,” Washington Indian Gaming Association Executive Director Rebecca George told the media. “By fitting sports betting into the existing –- and proven –- tribal gaming system, the state has ensured that sports betting revenues will stay in Washington and will go towards uplifting historically marginalized communities, while creating local jobs, boosting the state economy and funding critical services for those in need.”

The WSGC shared the draft rules with stakeholders on May 27 and asked for responses by June 7, though Legal and Legislative Manager Brian Considine said the June 7 date wasn’t a deadline. It merely allowed for any comments received by that date to be part of the commission packet for Thursday’s meeting. The commission will continue accepting comments.

The draft rules outline everything from the licensing procedure and fees to definitions to spelling out restrictions and conditions around promotions. The WGSC has already been accepting “pre-licensing investigation” packets ahead of opening the application process.

The draft rules include a fee schedule for applications — $85,000 for a Major Sports Betting License (managers, consultants, risk management providers, and others); $10,000 for a Mid-Level Sports Wagering Vendor License (geofencing companies, integrity monitoring, data provides, and others); and $5,000 for an Ancillary Sports Wagering Vendor License (mobile payment processors, identity verification services, and the like). WSGC CFO Chris Stanley said the fees were developed as a way to cover a projected $900,000 annual expenditure budget for staff and other needs around sports betting.

In previously submitted comments, several operators took issue with the licensing fee structure, and Senior Manager, Government Affairs and Senior Corporate Counsel Kevin Cochran of DraftKings wrote in a letter that the fees should be dropped to $15,000, $5,000, and $1,500, respectively, because “these fees are higher for vendors in similar on-premises wagering jurisdictions but also higher than many states where mobile sports wagering is offered statewide.”

BetMGM, the Cowlitz Indian Tribe, FanDuel, Rush Street Interactive, Sightline Payments, Sportradar, and the Suquamish Tribe joined DraftKings in submitting comments ahead of the meeting. Many comments centered around technical and language changes, but in addition to the licensing fee concerns, several other issues stood out:

Washington State remains the only U.S. jurisdiction to legalize sweeping tribal-only sports wagering. The state has 29 casinos run by 29 federally recognized tribes spread throughout the state. While the new law allows for in-person registration only, there is an on-site mobile option available, as well.