Both states intend to go live before start of NFL season 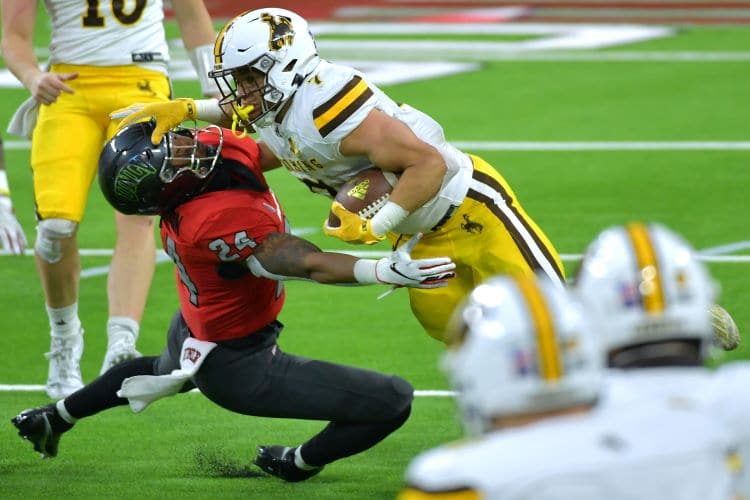 The Wyoming Gaming Commission approved a series of online sports wagering rules on Monday, setting the stage for the launch of mobile sports betting across the state.

Wyoming’s mobile-only framework for sports wagering compares favorably with the infrastructure in Tennessee, which prohibits betting through retail sportsbooks. When Wyoming Gov. Mark Gordon signed HB 133 into law in April, he became the first governor to legalize sports betting in his respective state during the 2021 calendar year.

Although the state must issue a minimum of five licenses, a cap for a maximum number of licensees has not been set. The commission intends to begin issuing licenses before the start of the NFL regular season on Sept. 9.

“I think Wyoming set forth a strong mobile market. Some of the simpler states legislatively that have done this, aka Wyoming and South Dakota, can show other states that you don’t need to reinvent the wheel,” said Brendan Bussmann, a partner with Global Market Advisors.

A breakdown of the rules

The 122-page set of final rules contains nine chapters on standards and procedures for online sports wagering and associated wagering systems across Wyoming. The chapters include sections on auditing and internal controls, responsible gaming advertising, and taxes and payments, among others. The language in the emergency and regular rules are identical, Wyoming Gaming Commission Executive Director Charles Moore explained at Monday’s meeting. The emergency rules, however, will no longer be in effect 120 days after they’re filed with the state registrar, according to Wyoming law.

Upon the launch of sports betting, Wyoming will become the first state nationwide to allow sportsbooks to accept wagers in “digital, crypto, and virtual currencies,” as long as the digital wagers can be converted to cash.

“The biggest challenge I continually see with crypto is the ability to track transactions and know where the money is coming from,” Bussmann said.

So Wyoming it is.

South Dakota lawmakers intend on making minor changes to the rules at a hearing on Sept. 8. The South Dakota Commission on Gaming also intends to approve a set of sportsbook operator licenses on the same day, with the objective of launching sports betting in Deadwood when the Tampa Bay Buccaneers open the season against the Dallas Cowboys on Sept. 9.

The two states advanced sports betting at a time when several other jurisdictions in the region are moving closer to going live. There is speculation that several tribes in North Dakota could launch sports gambling in December, while sports betting in Nebraska may become operational early next year.

“I think people have realized that sports betting is a mainstream thing. It’s just a matter of when, not if, at this point that states are going to move,” Bussmann said. 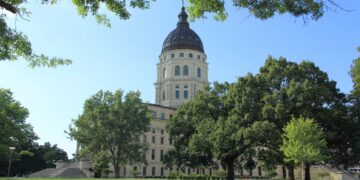 Get A Grip —The Week In Sports Betting: Arizona Squabbles, NFL Expands Tent, BetMGM Outside Mainland, Much More