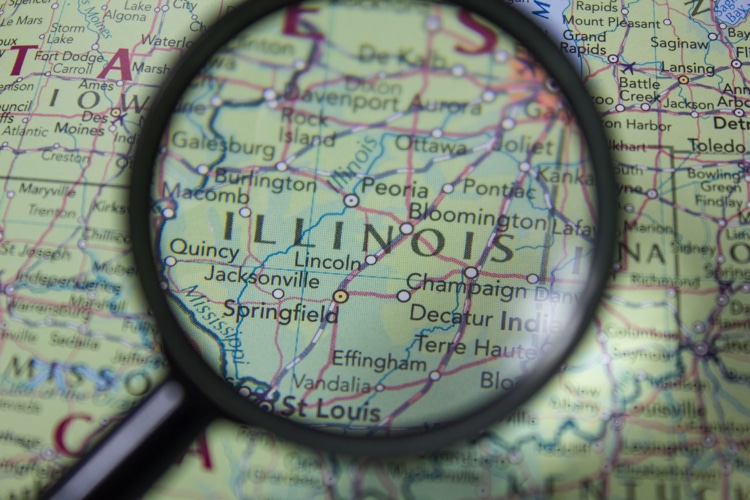 Upkeep on the Illinois Gaming Board website revealed some updates to its list of applicants for various sports wagering licenses in the state. The biggest unknown that is now known is that WynnBET has in fact applied for a Management Services Provider license, which is needed for an operator to offer mobile wagering in the state.

WynnBET submitted its application Nov. 2, 2021, according to the website, but the IGB did not specify which casino it would be tethered to for offering mobile betting. All 10 casinos in existence prior to the 2019 gaming expansion bill that legalized sports wagering in Illinois are licensed to offer retail betting, and six currently do so. There are five mobile operators tethered to those casinos, while the other two are connected to the state’s two horse racing tracks.

Two of the five retail sportsbooks without active mobile partners — Argosy Casino Alton and Harrah’s Joliet — have market access agreements with Unibet and theScore Bet, respectively. Unibet submitted its application to the IGB on Nov. 16, 2020, while theScore has yet to submit its materials to the state agency. TheScore, though, also reached that market access agreement in March 2021 prior to being acquired for $2 billion by Penn National Gaming last August, so it is difficult to gauge any potential timeline for it submitting an application.

Bally’s in Quad Cities is expected to operate its own platform should it want to pursue mobile wagering in the short term after a series of acquisitions during its massive rebranding from Twin Rivers spanning 2020 and 2021. That leaves Harrah’s Metropolis and Hollywood Casino Joliet as the casinos in this group without a known potential mobile partner.

👀 WynnBET, Circa, Unibet on the way to IL. And there’s theScore, Bally’s, Hard Rock. LFG. https://t.co/qTEfkOtgdz

Could WynnBET partner with a new casino?

Some of the six new locations granted casino licenses in the gaming expansion bill already have partners or the ability to operate their own mobile wagering platforms. Full House Resorts, which will open American Place in Waukegan, recently reached a deal to have Circa Sports operate both its retail and mobile sportsbooks. Circa is also listed as an applicant for a Management Services Provider license on the IGB website, having submitted its paperwork and deposit May 16.

Hard Rock, which is the furthest along of the six new locations in terms of overall gaming after opening its temporary casino last November, is expected to offer its own mobile sports wagering platform when ready. Bally’s, which recently received approval from the Chicago City Council as its preferred operator for a casino downtown, could simply choose to hold its mobile spot open until that casino opens if all goes according to plan.

Walker’s Bluff, which is constructing a casino in Williamson County, has not named a sportsbook partner for its Illinois casino but partnered with Elite Sportsbook at its two properties in neighboring Iowa. Wind Creek, which was deemed preliminarily suitable to build a casino in suburban Cook County late last year, also has not named a sportsbook partner in Illinois but previously partnered with Betfred in Pennsylvania.

That leaves Danville, which broke ground on its casino to be opened in 2024 run by Golden Nugget, as another potential tether for WynnBET.

The low number of mobile operators in Illinois — currently seven — offers the potential for newcomers to gain a notable market share upon entry. That was the case for BetMGM, whose long-awaited entry came in March with the NCAA Tournament and contributed to a record $971 million handle that was good for third nationally behind New York and New Jersey.

BetMGM posted $43.6 million handle despite not operating for the full month, and it was also enough to finish ahead of Caesars for sixth. FanDuel and DraftKings are the dominant operators in the state, accounting for nearly two-thirds of the state’s overall $10.9 billion mobile handle since launch in June 2020, while BetRivers is a clear third at 18.5% and the only other mobile operator currently with more than $1 billion total handle. PointsBet and Barstool Sportsbook have not reached double figures in market share percentage but have traded the fourth and fifth spots repeatedly in recent months.