Upon launch, only two of nine mobile sports betting licensees will remain on the sidelines 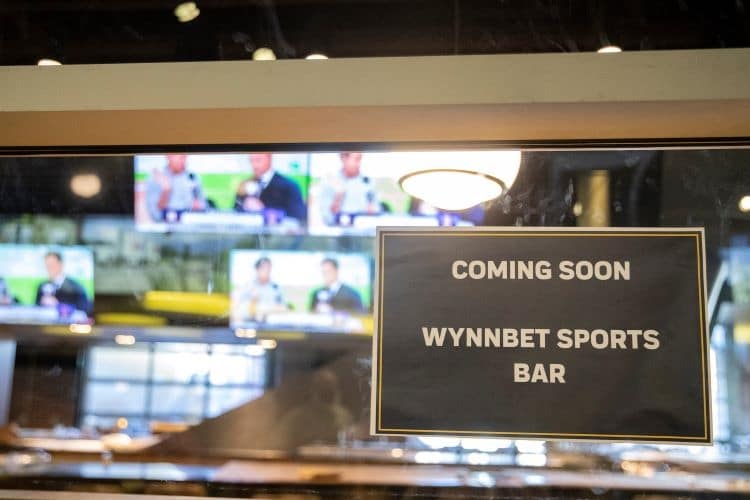 WynnBET is on the verge of joining the Super Bowl sports betting party in New York, Sports Handle has learned.

WynnBET, the digital sports betting arm of Wynn Resorts, is nearing the launch of its New York mobile sportsbook in time for Super Bowl LVI, the marquee event of the annual sports wagering calendar. When WynnBET goes live in the Empire State, it will become the seventh mobile sportsbook to enter the nascent market, one that topped $1 billion in handle in less than three weeks.

WynnBET Sportsbook is currently available in a handful of U.S. states, including Nevada, New Jersey, and Arizona, where the company launched last fall through a skin with the San Carlos Apache Tribe. WynnBET gained market entry into New York as part of a Kambi-led consortium that included Caesars Sportsbook, PointsBet, BetRivers, and Resorts World.

While there were high expectations for New York based on its population and legion of sports-crazed fans, the state has already exceeded them. Over the first 16 days of mobile sports betting in New York, bettors wagered more than $1.1 billion, resulting in online gross gaming revenue (GGR) of $88 million. WynnBET is about to enter a hotly competitive market that has quickly become the nation’s largest.

Kind of wild when you think about 16 days worth of mobile wagering in #NewYork. #SportsBetting #GamblingTwitter pic.twitter.com/9srLToMWGT

Beyond offering mobile sports betting throughout the state’s largest metropolitan areas, WynnBET could establish an online presence in several tribal communities. WynnBET submitted a bid to the New York Gaming Commission (NYGC) for online sports betting operations in August as part of the aforementioned Kambi consortium, which is partnered with the Oneida and St. Regis Mohawk compacted tribes. Shortly after the NYGC issued conditional mobile sports betting licenses to nine operators in November, a spokesman from the Oneida Indian Nation indicated that the tribe remained encouraged about working with its partners at Caesars and Wynn Resorts to offer mobile sports betting in early 2022.

As WynnBET nears its New York launch, there is intense speculation that Wynn Resorts is mulling the sale of Wynn Interactive, the company’s online division. Last May, Wynn Interactive announced a proposed merger with blank check company Austerlitz Acquisition Corp. in a SPAC deal that valued the online unit at $3.2 billion. By November, however, the parties terminated the deal amid escalating customer acquisition costs throughout the sports betting industry.

At the time, former Wynn Resorts CEO Matt Maddox bemoaned the spending wars dictating the race to acquire new sports bettors, describing the spiraling costs as unsustainable for the company. By last month, reports surfaced that Wynn Resorts placed the unit up for sale at $500 million, according to the New York Post, a deep discount to the May 2021 valuation. Following the report, Morgan Stanley valued WynnBET at $700 million, while projecting a North American market share of just 2.5% for the online unit.

It is unclear if Wynn’s New York license will transfer over to the company that purchases WynnBET if the digital arm is indeed spun off. But if the license proves to be transferrable, the sale of WynnBET may open up New York to a company, namely Fanatics and Penn National Gaming, that failed to secure a mobile sports betting license during last year’s competitive bidding process.

“We have all seen the incredible level of marketing spend in this space, which we all know is not sustainable in a competitive environment,” Snowden said. “We have not at Penn and will not jump into that.”

Despite the sale rumors, it appears that WynnBET still has some valuable assets to offer. Upon securing market access in New York, former Wynn Interactive CEO Craig Billings noted last November that New Yorkers represent a considerable portion of the databases at Wynn Las Vegas and Encore Boston Harbor. On Tuesday, Maddox formally passed the leadership mantle to Billings.

Moving forward, there are indications that Wynn may offer VIP trips to its Las Vegas resort as a sweetener for New York sports betting customers. When WynnBET submitted a proposal to the NYGC in August, Wynn emphasized that its “relentless focus” on product innovation and maximizing the customer experience represents a core component of the company’s DNA. To that end, WynnBET in November 2020 acquired U.K.-based BetBull, a company focused on broadening sports betting for traditional customers as part of a larger interactive gaming experience.

Once WynnBET makes its New York debut, only two of the nine mobile sports betting licensees in New York will have yet to go live: Bally Bet and Resorts World.