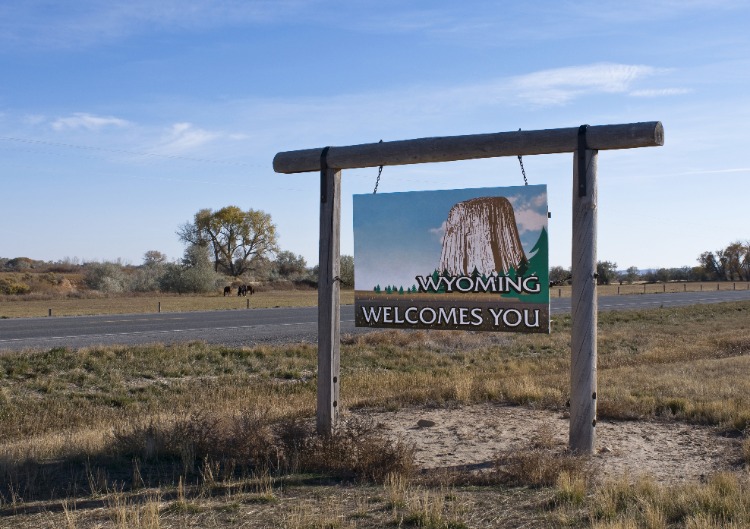 If Wyoming Gaming Commission Director Charlie Moore has his way, he’ll have the first phase of legal sports betting rules sitting on Gov. Mark Gordon’s desk by this weekend. But even if he doesn’t, getting the package to Gordon by June 1, Moore said, should still allow plenty of time to have rules approved by the state-mandated Sept. 1 deadline.

“I’m hoping that by Friday, May 14, we can work through these and discuss with commission, and if we have (operator) comments in, that would sure be nice, so we can have rules ready to go to the governor’s office,” Moore said during a stakeholders’ meeting to discuss Phase I of the proposed rules Tuesday.

Representatives from many of the major operators — including multiple participants from both DraftKings and FanDuel — joined the meeting. The proposed rules were issued last week, and representatives from DraftKings and FanDuel said they had little to offer Tuesday because their offices were still reviewing the 62-page document that covers everything from fees to layoff wagers to geofencing to responsible gaming.

“We’re gathering feedback, but we’re not ready to share that today, but we’ll share that as soon as possible,” said Christopher Cipolla, director of legal and government affairs for DraftKings. “Our plan is to follow up with comprehensive written feedback.”

That said, Cipolla did request that Wyoming regulators adopt a Colorado rule that will more clearly define and allow for “sports pools,” which operators often use during events like March Madness.

Wyoming lawmakers on April 5 legalized digital-only sports betting, making it only the second state behind Tennessee to do so. The law requires regulators to issue a minimum of five licenses (there’s no cap), and in many ways mirrors the open, competitive marketplace in neighboring Colorado. In fact, Moore was clear in saying that during the rule-making process, his staff referenced rules from Colorado and Michigan, among other states.

There were few major objections or concerns raised about the current proposed rules, which do not include anything about what the application and licensing process will look like. Moore said that will come in the next phase. For now, the goal is to get the Phase I rules to Gordon so a 45-day public-comment period can be opened.

Over the next few days, gaming commission staff will try to work in changes or suggestions brought up at the meeting, including reworking language with regard to the state’s federally recognized tribes. Currently, the rules call for reservations to be geofenced and refer to those lands as “tribal lands.” L. Clare Johnson from the Northern Arapaho Tribe suggested the commission rework the rules to match language in the Indian Gaming Regulatory Act, and she said that her tribe would prefer to be geofenced. The tribe currently offers in-person betting at its Wind River Casino, and according to a tribal source, it would be a violation of tribal and federal law for a commercial operator to accept wagers on tribal lands.

With Wyoming, South Dakota and New York recently adding their names to the list, legalized sports betting continues to explode in the U.S.

Still, few are as efficient in convenient mobile betting options than Colorado. Other states should copy the model.

Other odds and ends

Also among the topics of discussion Tuesday were:

Moore and his staff plan to refine the proposed rules in the next few days in hopes of presenting them for discussion and approval at Friday’s gaming commission meeting.

“The hopeful side of me would be to put our heads together this Friday and work long and diligently to have a product that will be moved over to the governor’s office,” Moore said. “But I also know it takes you all (operators) some time to review.

“My drop-dead date would be to have the rules on the governor’s desk by June 1, and then he can return them, and we can start public comment. If everything goes smoothly from there, we’d be able to hit the Sept.  1 date.”