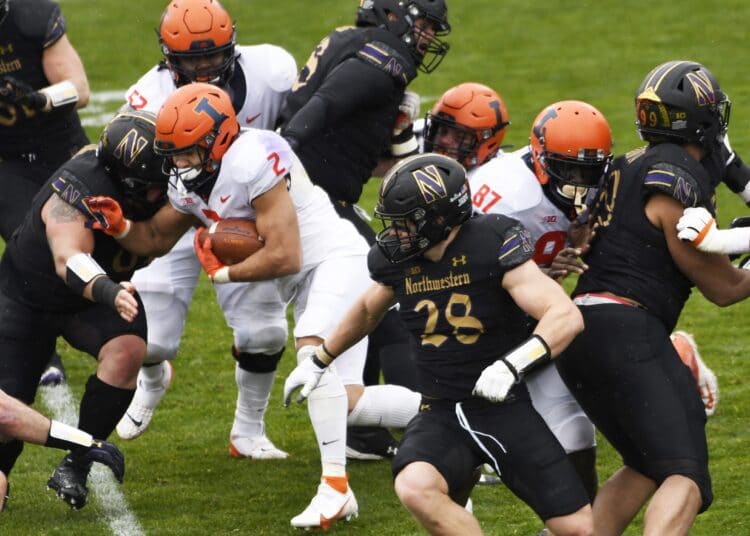 With the new General Assembly seated in Illinois, State Representative Mike Zalewski re-filed a bill Wednesday to amend the Sports Wagering Act that would allow wagering on events involving in-state colleges and universities.

HB 0849 is identical to last month’s filing of HB 5876, which calls for eliminating the provision that “A licensee under this Act may not accept a wager for a sports event involving an Illinois collegiate team” and would be enacted immediately if passed. Currently bettors in Illinois are not allowed to place wagers on games involving the state’s 13 Division I programs for college basketball and the seven FBS and FCS programs participating in college football.

Zalewski filed HB 5876 in the closing days of the 101st General Assembly in January, but it did not make it out of the Rules Committee after a first reading — resulting in sine die just prior to the swearing in of the 102nd General Assembly. In an email exchange Wednesday, Zalewski said there would be “no chance” of having the new bill enacted before next month’s NCAA Tournament — being played entirely in neighboring Indiana — and said “football (was) a maybe” for having it in place for the season which begins in late August.

Despite being unable to wager on in-state schools and universities,  sports betting on collegiate events remains robust in Illinois — nearly $113.6 million was wagered on those events in November in the most recent report released by the Illinois Gaming Board.

Reasoning behind removing the exemption

When filing the bill previously, Zalewski noted that due to COVID-19, “there was inherent risk in putting athletes on the field this year and certainly much more risk than legalized wagering.” At that time, Zalewski also mentioned he expected to meet with the schools and “hear them out” as the bill potentially moves forward.

Illinois is currently one of two states — New Jersey being the other — that has legislation filed to expand betting options to include in-state schools. Other states currently with carve-outs prohibiting wagers on sporting events involving in-state schools include Delaware, Rhode Island, Washington D.C., Oregon, and newcomer Virginia.

Washington, which could begin accepting wagers in 2021, also has a carve-out. Iowa and Pennsylvania allow wagering on in-state teams but do not allow player prop bets for those contests.